How I came to fintech

Considering a role in fintech, or never even thought about it? You may be surprised by how varied peoples’ backgrounds are in our industry, and OpenPayd is no different. 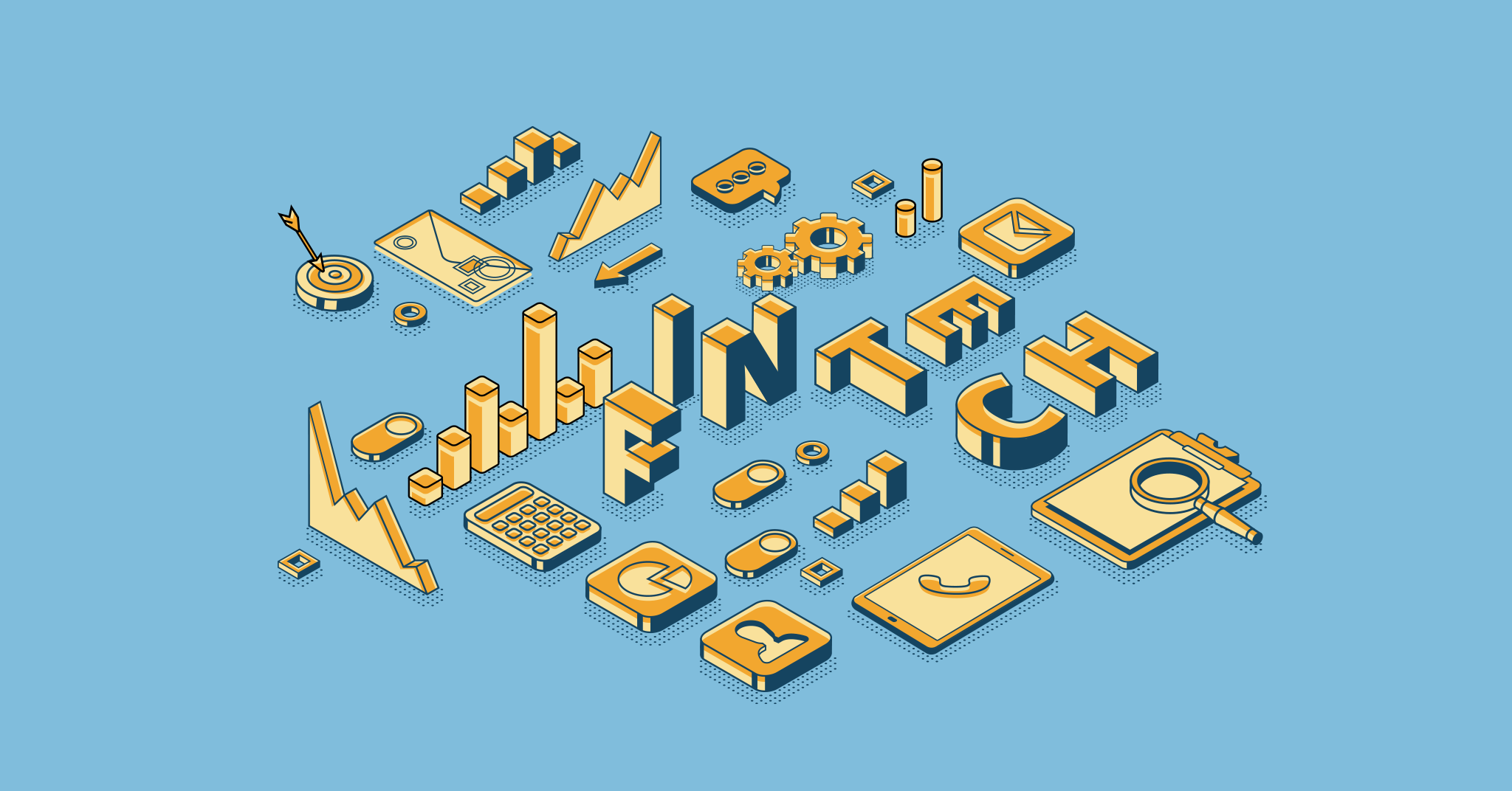 “I’m not sure fintech is for me, I don’t really know anything about finance… or tech.”

Here’s the thing, neither did most of us. Many people assume that working in a fintech company requires an MBA or some sort of banking experience. But that’s rarely the case - people have joined OpenPayd from a wide array of backgrounds.

We spoke to three of our employees from different departments about their route to fintech, what has surprised them, and why they’ve stayed.

My working life began with a part-time job in an electronics and home appliances retailer when I was a kid. I’d love to say this is because I had passion for programming, but I was actually in the home appliances section! However, I did have an interest in tech, and that role showed me that I also really enjoyed working with customers.

While attending university to get my degree in Computer Science, I was fortunate that a friend of mine had a role for me at Fujitsu, in their Poland office. I had a first-level role in tech support but that cemented my interest in tech-based, customer-facing roles. After a year and a half, me and my girlfriend (now my wife) decided to move to London, searching for better life and career opportunities. Many applications later, I was able to find a role that required a Portuguese native speaker - it was for a fintech company. At this point, I had no idea what the difference was between a debit and credit card, but as I sat five metres from the CTO, I was able to learn a lot pretty quickly. Eight years later I still work in fintech, so clearly I have found a home here.

What I really like about fintech is the problem-solving. While this exists in most industries, it’s unique in fintech for two reasons. First, it impacts so many people -we all use money every day, so the better we make financial services, the more people we can help. Second, problems relating to finance can be scary. Lots of us have had situations where we’ve sent large amounts and they’ve apparently not been received, or we’ve sent money to a different country for an unnecessarily high cost. These issues give us more stress than any other, but they’re perfectly solvable, and with my job, I’m able to be a part of that.

In terms of who fintech is best suited to, I don’t think there’s a particular niche. All types of people are valuable. If you’re interested in how money works then that’s a plus, but not a requirement. If you’re someone who likes to ask ‘how’, you’ll enjoy fintech. If I made it, I can say everyone can have a shot at it too.

After graduating university with an International Business & International Relations degree, I worked for a business which sold magazine subscriptions to university libraries. What could be more interesting than that, right? No, the industry itself was pretty boring, but I really liked the digital transformation we went through, going from a brick and mortar company to online - orchestrating that was one of my main responsibilities.

After 10 years there and feeling like I had achieved what I wanted to, I decided to do something completely different and become a winemaker. Sadly, about 2 months before I made the move, the banking crisis hit, making the whole thing not viable economically speaking. To be honest, I was angry at the banks. Their irresponsibility had cost me and my friend our dream business and I wanted to work for companies that showed finance could be done differently. That’s where fintech came along.

When I was working at the magazine subscription service, solving the challenges of a many-to-many marketplace had introduced me to the complexities of payments, so I looked for work there. I got a job with almost zero knowledge about finance, but that didn’t matter. I worked across all areas of the business in a rotation and not before long I had seen the whole landscape in action.

Fintech fits me really well as my brain works quite logically and there are lots of puzzles to solve. However, I’ve worked with people whose brains worked completely differently to mine and they’ve been fantastic - the main thing I’d say you need is curiosity. If you’re interested in how things work and how they can be made better, fintech will suit you.

Before coming to fintech, my design career had afforded me the opportunity to cover a vast array of industries, from Travel, B2C products, high-end fashion and brand consultancy. I started out at a boutique media agency doing print media for the travel industry, before moving to an agency that was 1,500 - 2,000 strong. From there I established a close relationship with Burberry, and ended up being their Brand Guardian - leading global campaigns in an industry I was really interested in: high-end fashion. I loved that role as it taught me so much about different markets. Targeted campaigns that worked in Europe might not be right for the Middle East or Asian markets - you had to be culturally aware.

After I felt like I had gone as far as I could go I decided to work freelance for a while, giving me the opportunity to work on my passion - Branding. Eventually the call came from OpenPayd. They needed a Senior Designer with Brand experience and I had over 10 years at this point. I've got to be honest, the idea of working in finance didn't instantly appeal to me, I thought it would mean wearing a suit and going to some corporate office. But straight from the interview I saw it wasn't going to be like that. Everyone was dressed casually, headphones in, really locked in to their work - but on the other side of the office you had two guys playing ping pong and having a couple of beers (it was the end of the day). I felt this place had the work/life balance right!

The main thing that hooked me, and continues to hook me, is that there was a huge amount of space for creativity. I joined OpenPayd when all we had was a logo and a colour palette, which is a designer’s dream. But aside from OpenPayd, I quickly saw that fintech was an area where you could really make your mark as a designer. In other industries there is a creative trendsetter and all businesses try to be like that - fintech doesn’t have that. Anyone entering fintech as a designer has the chance to tell stories in a way they’ve not been told before.

So what do you think, are you ready for a career in Fintech? If you are, check out our careers page. You could be the next in a long line of people to find a home here. 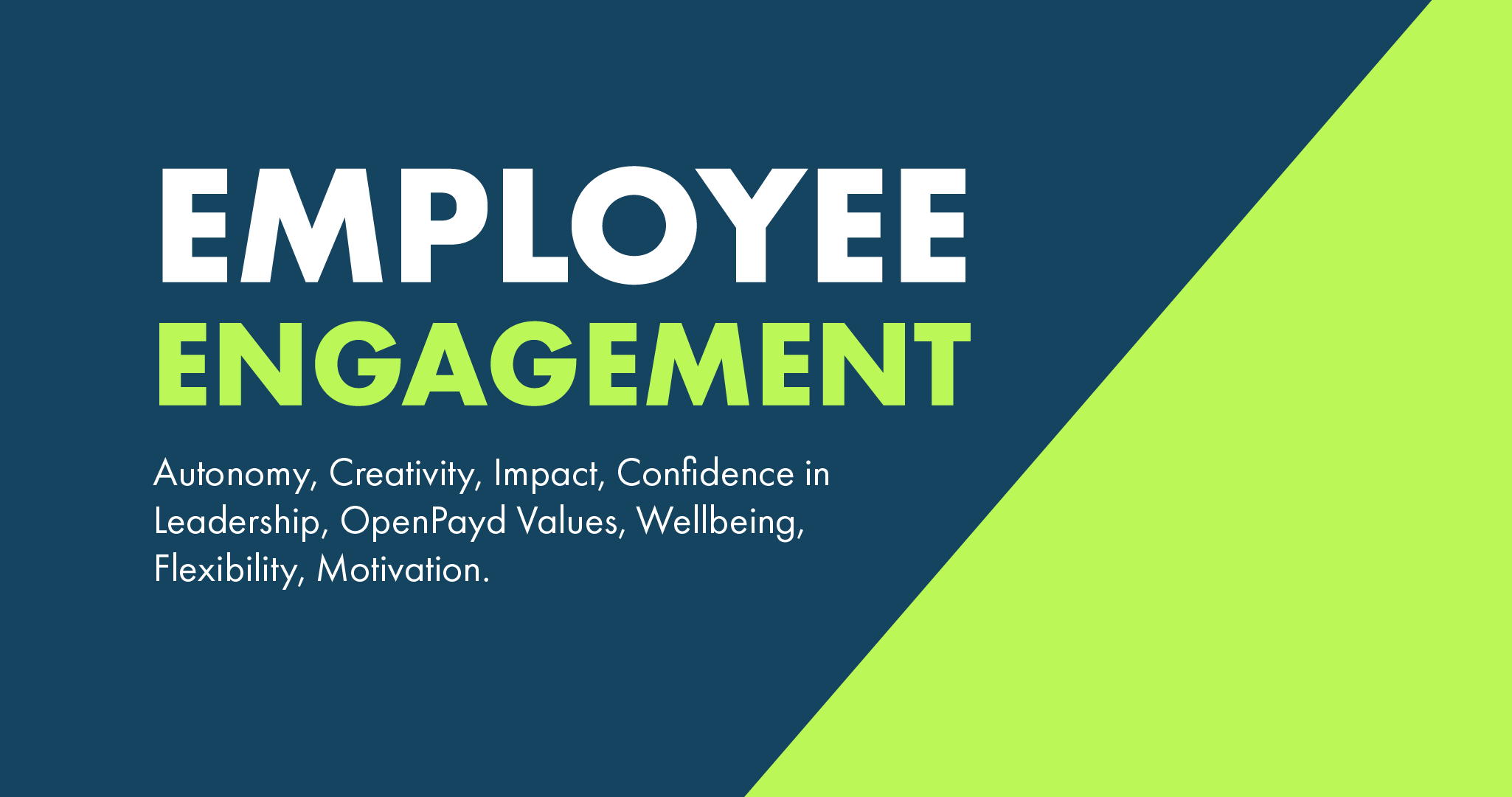 96% of OpenPayd employees describe it as a great place to work. Here’s why!

Our mission is to ensure that wellbeing is embedded in everything we do, being championed at all levels and across all functions, and playing a significant role in our culture. 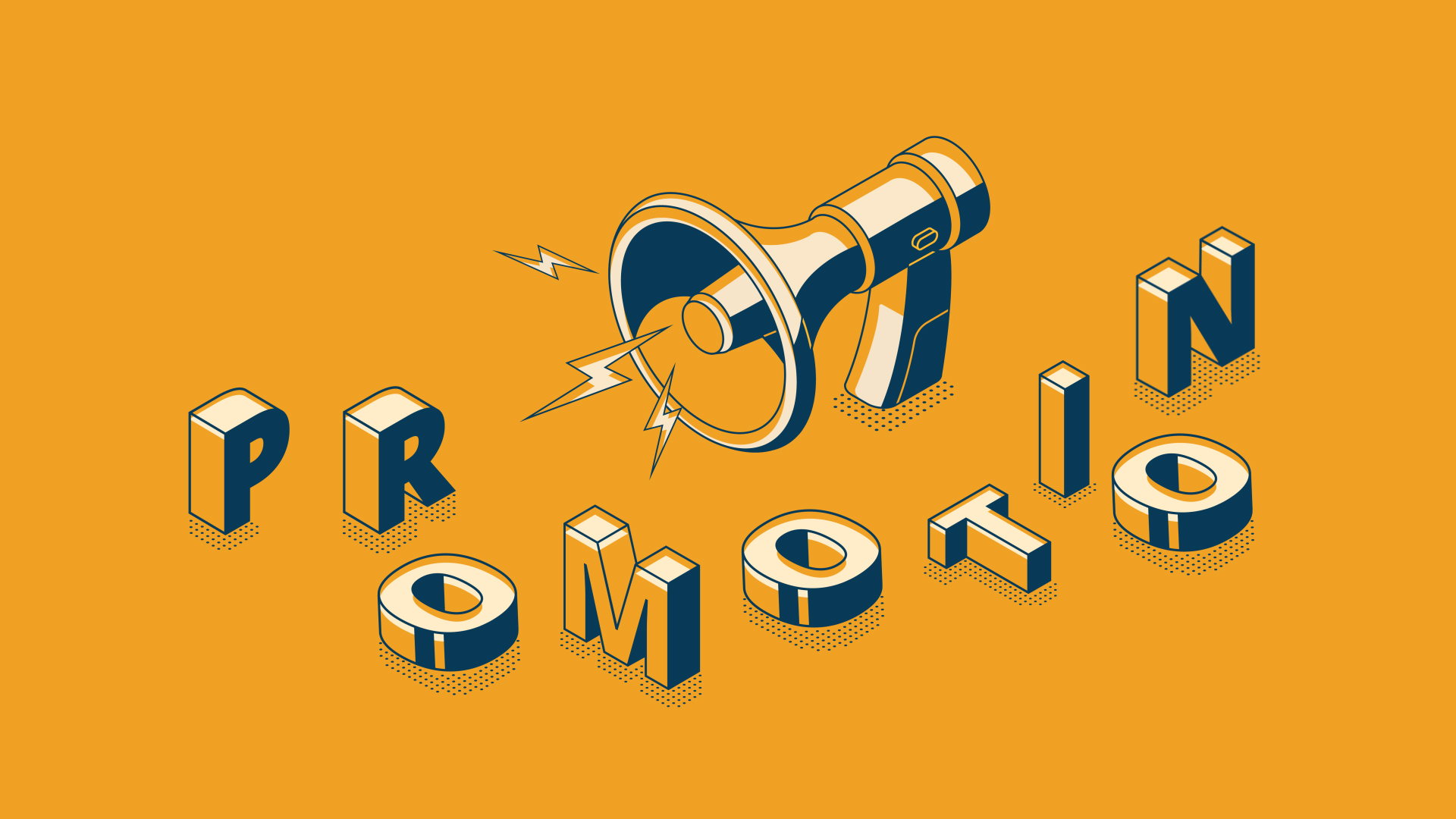 Getting promoted at OpenPayd (and beyond)

We spoke to some of our recently promoted team members about their progression at OpenPayd, and the tips they’d offer to people in any line of work! 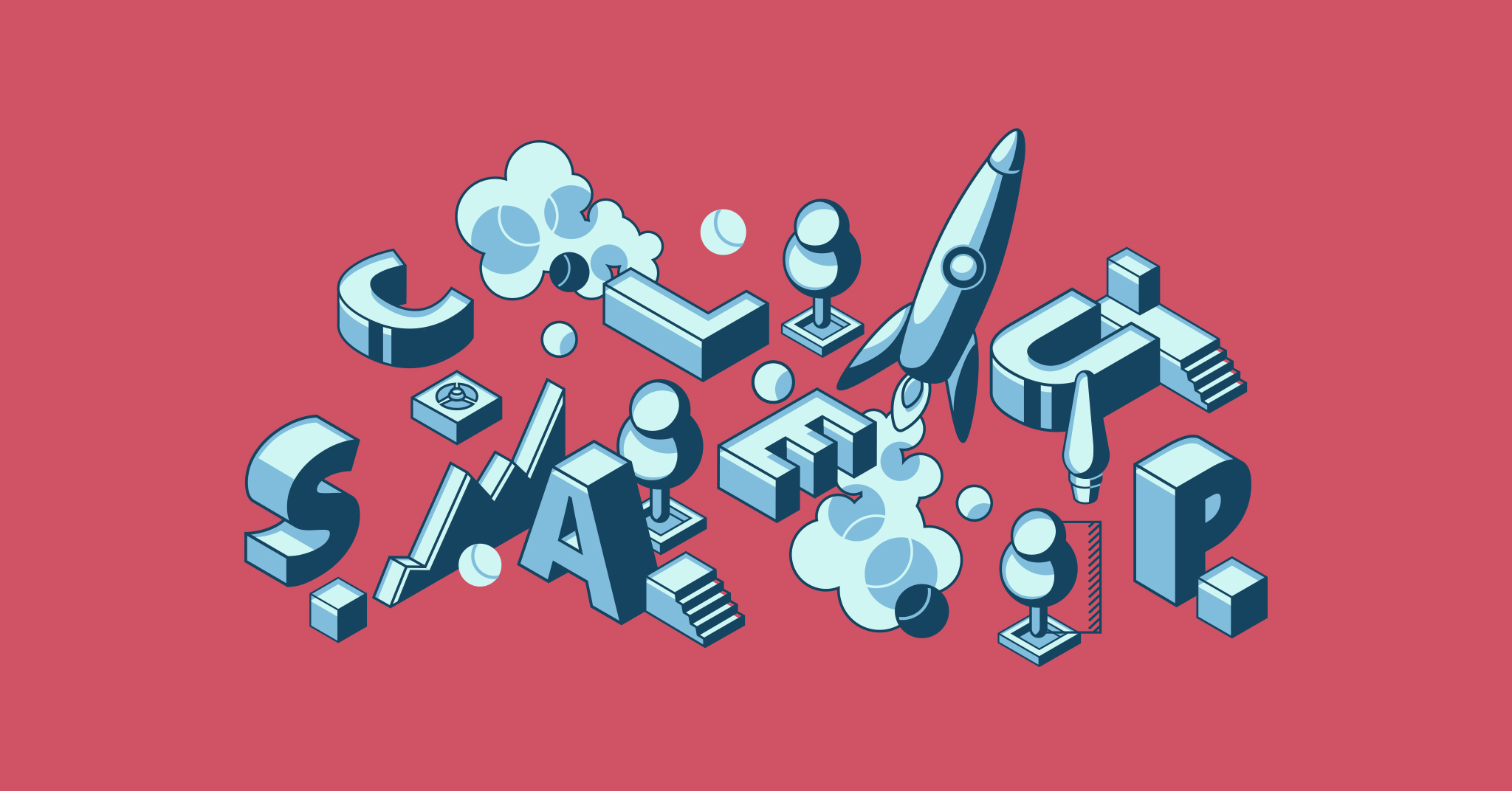 Read what working at a fintech scale-up has been like for three employees from different departments, including how it differs from previous workplaces.